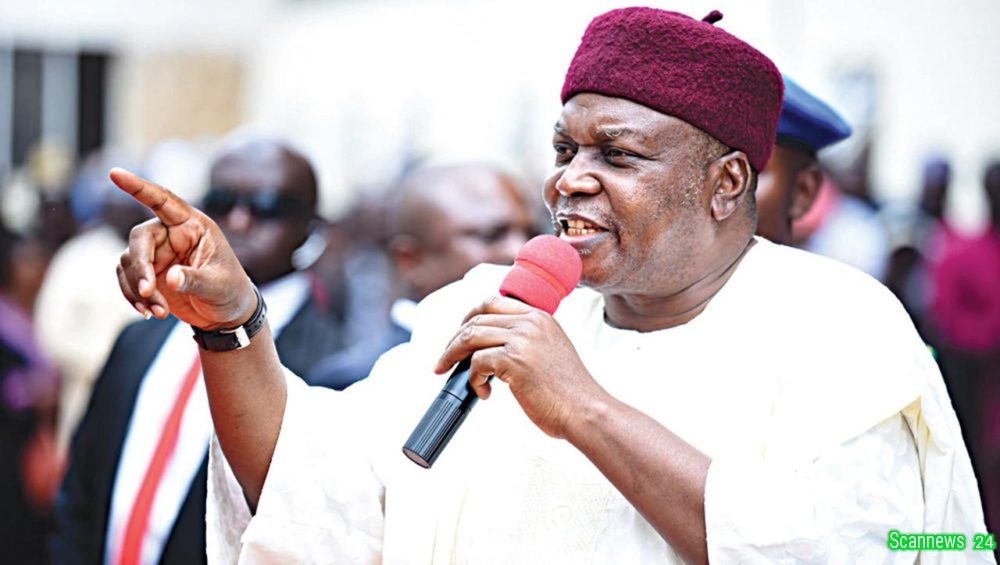 TARABA state Governor, Darius Ishaku, had on Monday hosted two PDP Presidential aspirants, Bauchi state Governor, Bala Mohammed and former Anambra state Governor, Peter Obi, who both came to the state to campaign to the delegates of the party.
Earlier in the day, Peter Obi, a Presidential aspirant under the PDP, canvassed for support from delegates and critical party stakeholders. He identified poverty and lack of investment as the major causes of criminality in the country.
He stressed that, the debts we have in this country cannot be paid” and that the more you “pushed people out of poverty, the more you reduce crimes.”
Obi, also admitted that it has become relevant to move the country from “sharing formula to producing formula” and that Nigeria as a nation needs the support of small scale businesses to survive.
According to him, Nigeria has the highest number of people living in poverty and the highest number of unemployed youths.
He expressed sadness that, “when you wake up every morning, you hear killings everyday” and that “Nigeria has experienced leadership failure within the year”.
Meanwhile, Bauchi state Governor and Presidential aspirant, Bala Mohammed, said the country was on a precipice due to nepotism, arrogance of the leaders and that the country needed to be rescued.
According to him, the PDP needs to zone the presidency to the north, however disclosed that he wouldn’t object to a southern president.
“I am not averse to a President from the south, if he is chosen. I will resist if there is a brutal holding of power… I am ready to work with anybody if I am not chosen,” Mohammed stated.

THE Ichen Community in Kurmi Local Government Area of Taraba State has frowned against the planned upgrade of 15 village areas to districts by the state government.
The community while commending Governor Darius Ishaku for his efforts at ensuring the return of peace between Ichen and Ndaka people, said the proposed upgrade was ill intended.
According to the community, the Commission of Inquiry into the crisis between Ichen and Ndaka in the area is yet to submit its report, hence the latest plan is ill- intended.
During a press conference held in Jalingo Monday, on behalf of the Ichen in Bissaula, Mr Fhatso Tukura, called on the State House of Assembly to visit the proposed village areas to determine the suitability or otherwise of the proposal before giving the memo a legislative backing.
“We appreciate the efforts of government in finding a solution to the crisis between the Ichen and Ndaka in Bissaula, including the setting up of a Commission of Inquiry.
“However, we find it strange that the Chairman of Kurmi Local Government, Hon. Ammamzalla John-Danladi has sent a memo to the State Governor, requesting the upgrading of 15 village areas to districts and the creation of three additional districts in the Ichen and Ndola Chiefdoms.
“The government’s priority should be to install the Third-Class Chief of Ichen Chiefdom in Kurmi Local Government, who will be in the best position to begin the process of creating more districts, rather than the Local Government Chairman.
“The precedent of making every village area in Kurmi Local Government a district will mean that every village area in the state’s 16 local government areas will demand that their village areas be upgraded to districts, thereby undermining the importance of the exercise,” Mr Fhatso Tukura stated.
He also cited the Taraba State Upgrading of Traditional Rulers and the Creation of Districts Law 2018, as well as Section 12 of the Taraba State Chiefs Appointments and Deposition Law, which provides that; “the Governor shall have the power to create and/or upgrade a district upon recommendation by the traditional council where the district is situated subject to the confirmation of the State House of Assembly.”
Tukura also disclosed that the recommendation was not from the Traditional Council, but the Local Government Council without consultation with the Traditional Council.
Meanwhile, the community has appealed to the government to deploy soldiers to Bissaula and Sunkuru in order to avert possible attacks and killings.