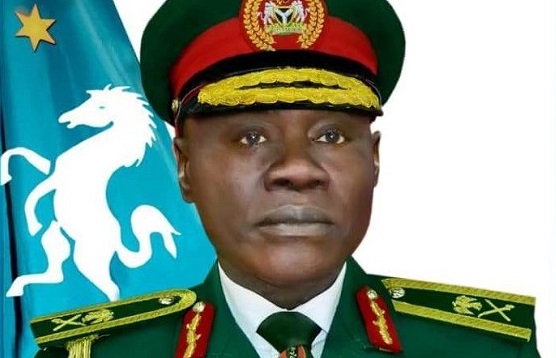 THe Nigerian Army, Headquarters Command Army Records, has launched an exercise, code named: ‘’Ex-Enduring Peace, meant to patrols, ambushes and root out criminals in their hideouts in Kogi State.

Our correspondent reports that the HQ CARs also offered free medical services, screening and drugs to some indigent residents of the host communities of Irepe-Rukura, Zariagi and Kabba junction in Adavi Local Government Areas of the state.

Speaking at the inauguration, the Chief of Army Staff (COAS), Lt. Gen. Farouk Yahaya, said the exercise Enduring Peace, was a joint exercise involving all security agencies in Kogi State.

According to him, the decision to make it a joint exercise is in consonance with his vision to have a professional Nigeria Army ready to accomplish assigned missions within a joint environment in defence of Nigeria.

‘’This clearly underscores the fact that all security agencies are critical stakeholders and therefore, we must work together to achieve a common goal of safeguarding the lives and property of Nigerians everywhere’’, he said.

Represented by the Commander, Command Army Records (CARs), Maj. Gen. Okpe William Ali, the COAS expressed his gratitude to the governor for always providing the enabling environment for them to operate in the state.

The Army boss stressed that the exercise was an Army level exercise designed to be conducted in the last quarter of the year to checkmate all forms of criminalities as the yuletide season approaches.

He emphasised that the peace exercise was as a result of the prevailing security challenges across he country.

He added that similar exercises were ongoing in other parts of the country under different names depending on the threats perception and peculiarities of each region.

He noted that the exercise was expected to hold from Oct. 4, to Dec. 23, 2021, with series of operational activities including patrols, ambushes and raid of criminal hideouts.

“It will also witness some non kinetic activities in the form of Civil Military Cooperation (CIMIC) programmes such as medical outreach amongst others.

‘’Our choice of medical outreach to kick start Exercise Enduring Peace is firmly rooted in our believe that the support of host communities is key to the success of the entire exercise and operations.

“Therefore, this medical outreach is put together to support the host communities within our areas of operation for their cooperation.

‘’It is also meant to further cement the existing cordial relationship between Command Army Records and the host communities”, he said.

Maj Gen Ali, in his own comment, commended the COAS for providing the resources for the medical outreach and the entire exercise, saying, ‘’Sir, we are very grateful’’.

In his remarks, the state Governor, Alh. Yahaya Bello, who inaugurated the exercise, hailed the COAS for the initiative and for instilling courage in the minds of the military for a well coordinated operations in the recent onslaught against insurgency, kidnappings and banditry bedeviling the nation . Bello, who was represented by the State Security Adviser, Cdr. Jerry Omodara rtd, vowed that his administration would continue to destroy houses and properties traced to any criminal elements in the state.

The governor further assured that his administration would leave no stone unturned to destroy all criminal hideouts in the state.

Bello stressed that the ongoing military onslaught against insurgents and bandits across the country was a clear attestation that the military was determined to end all forms of insecurity in Nigeria.

The governor lauded the synergies among security agencies in the state, and urged them to remain resolute in the fight against criminalities in Nigeria.

“My administration will not spare any criminal in Kogi State; we will continue to demolish their houses and properties no matter how connected they are.

‘’Kogi is a home of peace and my administration is determined that residents sleep with their two eyes closed” he said.

Earlier, the Regimental Medical Officer, Capt. Nurudeen Saka, noted that the outreach was planned with the prevailing illness in the area in mind, such as malaria, worm infestation, HTN, DM and eye problems.

He added that the outreach would involve sharing of treated mosquito nets to members of the communities adjoining the exercise area.

‘’There will also be screening for high blood pressure, sugar level, as well as treatment for common illness such as malaria, worm infestation and arthritic pain’’, he said

Saka said that children would also be given prophylactic antimalarial drugs and booster doses of selected vaccines, adding that there would be free cosultation and eye screening for the elderly with poor vision.

‘’It is my hope that this intervention will go a long way in providing some relief to the beneficiaries’’, the medical officer said.

A member of the Hunters Group of Nigeria, Kogi chapter, Mr Saliu Jimoh, who spoke on behalf of the host communities said through collaborative effort with security agencies, they had arrested more than 10 kidnappers’ suspects and freed their victims from their abductors.