JMMA: Between lawmakers and constituents

On the controversial Water Resources Bill

Biker's ride for charity and philanthrophy

Biker's ride for charity and philanthrophy

A day after the Birmingham Games

Diezani: How not to wear a ‘ministerial’ bra

Why Abok Ayuba was removed

An evening with the Nigeria Union of Journalists

International Day of tolerance: Are you tolerant ?

The wonders of african black olives

Politics and culture of impeachment on the Plateau

PPC: So hard to say goodbye(1)

Skyrocketing prices of food stuffs is our undoing

‘These bloody civilians, what do they think of us?'

Foods that interfere with your sleep

IF you have been following events on the Plateau in the last couple of months, then you must be familiar with the controversy surrounding the Jos Ultra Modern Main Market. You will recall that the market, popularly known as Terminus Market which was said to be the largest modern indoor market in West Africa, got burnt in 2002. Ever since, it has remained a shadow of itself with no hope of regaining its lost glory despite efforts by past administrations in the state. 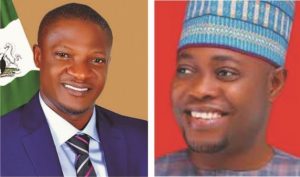 Then came the Lalong administration, who thought it wise to rebuild the market once considered as the pride of Plateau. In his efforts, Governor Simon Bako Lalong approached the management of Jaiz Bank, requesting to partner with it on the rebuilading project.

Jaiz Bank by the way operates an Islamic and Sharia compliant banking system in Nigeria. According to reports, a Memorandum of Understanding (MoU) was expected to be signed between the Plateau State government and Jaiz Bank to rebuild and reconstruct the burnt Jos Main Market at the tune of about ten billion naira.

Details from the agreement showed that upon completion of the market, Plateau State will own fourty percent shares while Jaiz Bank gets to have more control by owning the remaining sixty percent shares. The decision arrived at was based on the fact that the project is to be fully funded by the bank.

The Plateau State government will only provide land, security and an enabling environment with the project billed to be completed within the period of twelve months while duration on the proposed deal is to run for a period of fourty years. This terms and conditions of course did not go down well with most stakeholders on the Plateau as it faced condemnations and backlash, resulting in a huge controversy.

The heightened reactions generated however, prompted a call for all legislators of the Plateau State House of Assembly to engage their constituents in order to create more awareness and better enlightenment on the MoU and benefits deriveable thereof.

It was also hoped that the feedback gotten from the meetings in the various constituencies will inform the lawmakers position on the matter. As the people’s representatives, it behoves on them to ensure that their constituents who are major stakeholders have a say concerning the project.

Leading the meeting in Kanke Local Government Council was the member representing Kanke constituency who is also the House Deputy Majority Leader, Hon. Wallok Goma. He was in company of the council Chairman, Hon. Henry Gotip, the District Head of Amper Nde Emmanuel Koprit and other traditional rulers, including former legislators, religious leaders and politicians from the area.

The lawmaker did not mince words when he spoke on the importance of the infrastructure in question, as he demanded that the people be educated on the nitty gritty of the project. As far as Wallok was concerned, this will avail them the opportunity to contribute by offering useful advice that would help the state government actualize its intentions.

Mr. Peter Dogo, a member of the state technical team on the project who was on ground to shed    more light advised stakeholders from Kanke constituency to support government on this project. He expressed optism that the town hall meeting will give the needed support for the state government to sign the MoU. Interestingly, some of the constituents obliged and were emphatic on some areas like the fourty years duration, the sixty to fourty percent stake while insisting that the issue of insurance must be revisited before signing the agreement or any document.

In Mangu North East, the member and representative Hon. Adamu Abdul Yanga began the day’s engagement by educating and enlightening the people on the significance of rebuilding the once revenue spinning terminus market. Hon. Yanga apart from conscientizing his people on the rationale behind the choice of Jaiz Bank to handle the project noted that the primary aim of government was to revamp commercial activities which Plateau was known for.

Stakeholders in Mangu worthy of mention, gave their affirmation to the government to go ahead with the reconstruction of the market. An interesting thing noticed was their expression of dismay at the negative commentaries going on in the public domain concerning the project. Many wondered why using Jaiz Bank should be an issue when it is for the benefit and betterment of the state.

For the people of Pankshin North constituency, the planned

Memorandum of Understanding between the two parties involved must be put on hold until certain gray areas are addressed. Like other legislators, Hon. Philip Peter Dasun representing Pankshin North constituency parleyed with his constituents before arriving at the decision taken. The meeting had in attendance, the council Chairman Hon. Kadmena Goteng, the state Commissioner for Higher Education Dan Hirkop, Deputy Leader of Pankshin legislative arm Hon. Panman Tokat with other stakeholders made up of youth and women representatives.

In the lawmaker’s words:

“At the end of our Pankshin town hall meeting with stakeholders, following the fact that this matter is a very critical one and has attracted the interest of the whole state, we arrived at two basic decisions, that consultations be widened and deepened to the understanding of the common man in the village and that gray areas especially the fourty years of administration of the shops and the sixty percent share to be dispatched by Jaiz Bank be made clearer to the understanding of the common man if not, such MoU should not be signed”.

Toeing the line of his colleagues on the economic benefits of rebuilding the project, House Majority Leader and member representing Mikang constituency Hon. Na’anlong Gapyil Daniel opined that rebuilding the burnt Jos Main Market will no doubt create a robust avenue for revenue generation.

According to the legislator, for many years Plateau was referred to as a ‘civil service state’ simply because of its low economic and commercial activities. He was of the view that had the market been in existence, this notion would not have come up in the first place.

For him, it was time to change the narrative, hence the need to rebuild the market.

While  making clarifications on the MoU, Na’anlong disclosed that the state government had on three occasions approached Jaiz Bank before the financial institution finally gave its consent to embark on the project. The lawmaker who did not hide his approval described Jaiz Bank as a serious financial and business entity that is willing to commit hundred percent of its resources on the project.

He equally revealed that some details in the MoU were arrived at after the bank undertook a feasibility study of specifications in the contract.

The council Chairman Austin Bako on his part, said he did not see anything wrong with the idea as he encouraged the people to support the idea so that government can improve the state economic potentials. Main issues raised by stakeholders was that of security around the market. They were also of the view that the interest of Plateau people must be protected at all cost, especially in the final draft of the MoU.

Majority of them expressed fear at the sixty percent shares allocation for shops given to the bank. Those in attendance included the Miyom of Garkawa Joseph Dabup, former council Chairman Daniel Kungmi amongst others.

It was indeed not different in Bokkos as Hon. Amurudu Usaini, member representing the constituency tasked his people to pay attention to the details since it was the desire of government for legislators to generate feedback on the issue. Even though members of Bokkos constituency did not object to the idea of rebuilding the market, one of the women representatives Victoria Yusuf insisted that government  should use local contractors while advicing that ongoing projects be completed first. In attendance during the town hall meeting were the council Chairman Joseph Goluwa, the Permanent Secretary Ministry of Tourism and Culture Issac Maren as well as a former SGS Lita Shindai amongst others.

PLATEAU State Governor Simon Bako Lalong has expressed excitement over the recent appointment of Ms Rose Chundung Ndong as the Executive Commissioner, Exploration and Acreage Management, Board of the Nigerian Upstream Regulatory Commission.
In his congratulatory message, the Governor described the appointment of Ndong, an illustrious daughter of Plateau State by President Mohammadu Buhari as yet another demonstration of the Presidents love for the people of Plateau State, and an affirmation of confidence in their capacity to deliver on critical national assignments.
Lalong advised Ndong to use the opportunity presented by the appointment to showcase her talent and experience in the exploitation of the nation’s oil and gas resources expressing optimism that she has been properly prepared to take up the challenge by her many years of service to the nation.
He recalled her early years of professional service as a geologist in Plateau State where she among others, served as the Provost, Nigerian Institute of Mining and Goesciences and Managing Director of the Nigeria Mining Corporation Jos, before moving on to other responsibilities at various Federal Government Agencies and abroad.
He also advised her to use the opportunity to ensure that the vision of President Muhammadu Buhari of ensuring the development of the nation’s petroleum and gas potentials across the nation is achieved in order to make the nation energy sufficient.
He reminded the appointee that the nation is in dire need of energy security and growth in the oil and gas industry which has been opened up with the recent unbundling of the sector with the passage and signing into law the Petroleum Industry Act.
He wished her a successful tenure and promised that the Government and people of Plateau State and indeed the North Central Zone will support her to ensure that she adds value to the sector.
Abdulkareem Hails Bello’s Equity, Fairness, Inclusiveness In Governance.