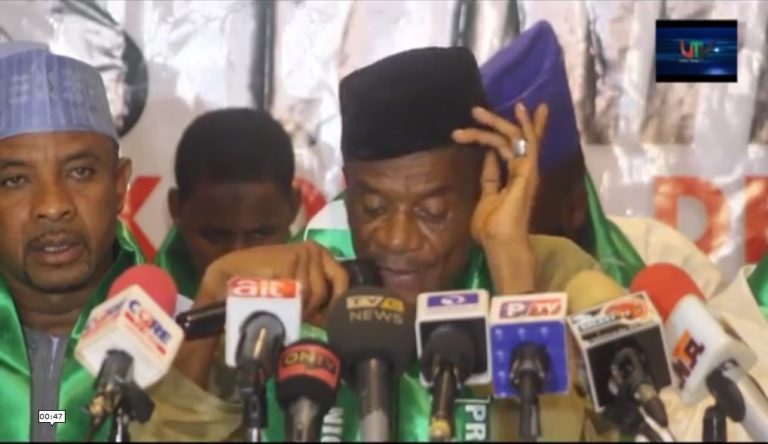 COALITION of Northern Groups (CNG) have carried placards in Niger State to register their dismay over the low turnout of people for registration, revitalization and collection of Permanent Voters registration Card (PVC) in the region.

The Director, Strategic Communications of the coalition, Samaila Musa,  made this known while speaking with journalists during a sensitization walk held in Minna, titled, ‘Get Your PVC to rescue and rebuild Nigeria’.

Musa urged youths in the country to desist from all forms of social media abuses but to express their anger by getting their PVC and vote for credible leaders during the 2023 general elections.

He emphasized that the youth owned the country considering its population, strength and should resist the hijack of the nation hence must ensure they change the narrative  politically.

The Group Director on Political Affairs, Comrade Mohammed Mohammed also said Niger state is third lowest ranking in the online  registration with over 20,000 unclaimed PVCs which he described as worrisome.

He noted that the sensitization became necessary because, to change anything within the political system the citizens must be armed with their PVC to effect a change by voting for  credible leaders of their choice.

Mohammed who called on both young and old from 18 years old and above to come out enmasse to register and collect their PVC to enable them achieve their yearnings and aspirations and  vote for  leaders of their choice in the forthcoming elections.

Also speaking, Coalition Board of Trustee, Chairman, Dr Nastura Ashir Sharif advised Nigerians especially Nigerlites to vote for credible leaders that have the nation at heart devoid of tribal, regional or religious sentiment.

Sharif however appealed to the electorate not to sell their votes noting that the vote buyers don’t mean well for the country, adding that the people should get their PVC within the few days available for them and vote for leaders that will secure and provide  every social amenity  to them.