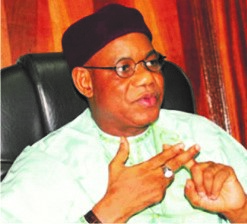 A Nasarawa State House of Assembly candidate under the platform of the New Nigeria People’s Party (NNPP) for Keffi West Constituency Hon. Mohammed Mukhtar has stated that his strong desire to serve the people of his constituency through a purposeful representation in the state lawmaking body informed his decision to make himself available for the contest in 2023.

Speaking with newsmen in Keffi recently Hon Mukhtar further explained that the clarion call from the people of the constituency on the need to make himself available for the contest also compelled him to join the race.

Mukhtar who is a onetime Chancellor and later the Executive Chairman of Keffi Local Government Council pledged to bring forth his wealth of experience to bear in the discharge of his duties in the state House of Assembly if elected.

He stated that he would focus his attention in the initiation of people oriented laws and services especially those that would create  significant impact on the lives of his people especially the youths and women who constituts the greater majority.

The Nasarawa State House of Assembly hopeful particularly assured that he would focus his attention towards the development of youths and women in such a way that they would be empowered through skill acquisition, education and other human capital developments in order to make them self- reliant or self-employed to be able to become useful members of the society.

He further assured his determination towards ensuring that the people of his constituency get their deserve shares in terms of infrastructural development, opportunities and resource allocation from both the state government and all other agencies.

Speaking about his acceptance so far, the NNPP candidate described the people’s response towards his candidature as quite encouraging especially that the people always come in their large numbers to identify with the project.

He however solicited for more support and co-operation from the people of his constituency and the state as a whole to enable the NNPP form the next government and bring meaningful developmental initiatives and programmes that would take the state to the Promised Land.

While expressing his satisfaction with the growing wave of his party, Mukhtar attributed the development to the confidence the people have that it has the capacity to change the narrative in terms of addressing the cases of under development and stagnation facing the state.

He then expressed hope that victory is going to be on their side given the mass decampment of people and the encouraging support they are enjoying from all over the state.