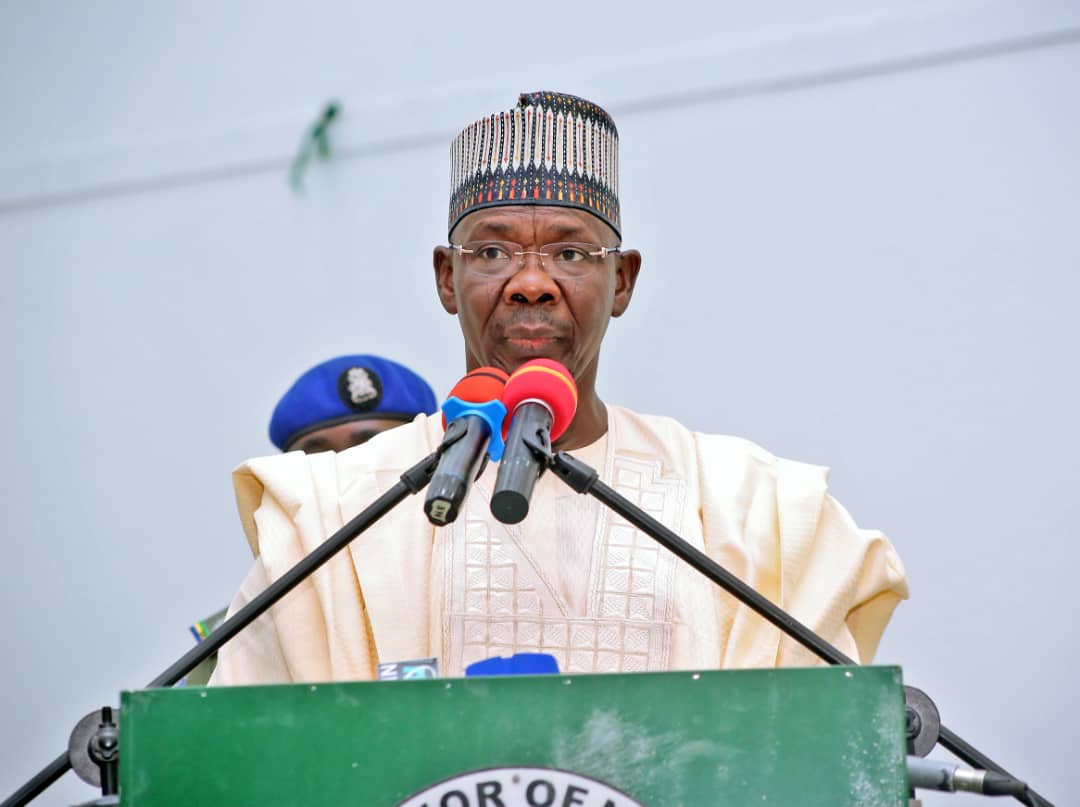 NASARAWA State Governor, Engineer Abdullahi Sule, has tasked the management and staff of the Nasarawa State Internal Revenue Services, on sincerity and fear of God while discharging their responsibilities.

Engineer Sule gave the charge when he hosted the chairman of the state Internal Revenue Services, Alhaji Ahmed Yakubu Muhammad, at the Government House, on Thursday.

According to the governor, it’s not rocket science for Nasarawa State to generate N5bn monthly as IGR but that the need for the people of the state to be sincere and show willingness to pay what is expected of them and for those managing the income to go about their responsibilities with the fear of God.

Revenue Growth of a Company Profits in 3d

Engineer Sule pointed out that with her comparative advantage, being closer to the Federal Capital Territory Abuja, as well as her population, Nasarawa State has the potential to generate N5bn monthly as IGR.

“Once we agree to do the right thing, we will get there. We require proper training and sincerity. You need people to be on the same page with you,” the governor told the revenue board chairman.

He used the opportunity of the event to appreciate the internal revenue services for all the efforts and initiatives aimed at making Nasarawa State Independent in terms of IGR.

The governor particularly thanked the board for the initiatives brought to bear that are plugging loopholes and wastages in the system, instead of adding financial blessing on the people.

He equally lauded the board for domesticating the central billing system, as well as the harmonization law passed by his administration, which is helping to improve the state’s monthly IGR.

Engineer Sule assured the board of adequate support towards the success of its initiatives, following which he disclosed plans to mandate MDAs to henceforth purchase stamps from the board.

“I have discussed many times with you about all the various initiatives, the POS, staff, as well as being able to capture our various sources of revenue, especially the Keke Napep, trycles. Of course, now the more advanced initiative, the cameras.

“I want to thank your technical crew as well for the effort that they are making,” he stated.

The governor however emphasized on the need for the board to properly train its staff before sending them out in the field with the new techniques of revenue collection.

He further reassured the board of his administration’s commitment to make the board autonomous, just as he directed the chairman to submit another request for the upgrade of the head office of the board.

Earlier, Chairman of the Nasarawa State Internal Revenue Services, Alhaji Ahmed Yakubu Muhammad, said he was at the Government House to update the governor on another milestone attained by the board towards improving internal revenue generation.

Alhaji Muhammad introduced the new point of sales (POS) developed by the board to ease revenue collection, specialised adhesive stamps, automated process and procedures of revenue collection from Keke Napep and other motorised vehicles, as well as cameras for plate number detection.

According to the board chairman, since his coming into office in March, 2018, he has undertaken deliberate steps to reposition the board in spite of challenges associated with operational vehicles, inadequate staff and inconducive working environment.

He announced that so far, the board has altogether recovered an unprecedented N40bn, with another 8 to 10bn in the process of being recovered.

“We have increased monthly IGR from N500m when we came in to N1.4bn as at September this year. We have also increased the revenue by introducing new taxes such as pools betting and casino, gaming development levy, individual capital gain tax, property tax, withholding tax on rents,” he stated.

The revenue board chairman commended the governor for introducing broad reforms that is assisting the board generate more IGR, particularly the passage into law of two major enablers, the Nasarawa State Central Billing System, as well as the state harmonization and administration law.

He however made case for the board to be made self-autonomous as obtained in most thriving revenue states, stressing that if granted the 5 percent cost of collection, the board will be self-sufficient and self-reliant.

Alhaji Muhammad equally appealed for the government to promptly address the problem of office accomodation by rehabilitating the Revenue House.

He assured the governor of the determination of the board to do more in order to take the IGR of the state from the N3bn target to N5bn.