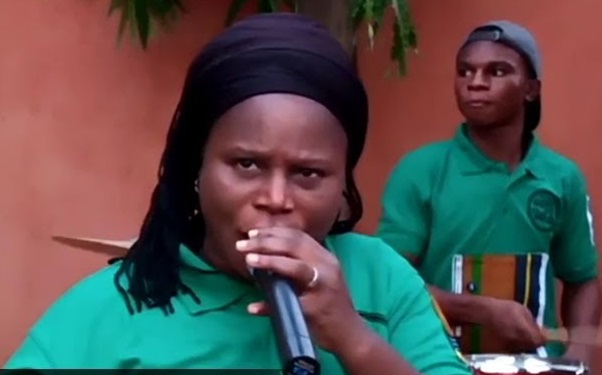 A Philanthropist and President of Enemona Foundation, Gabriel Onoja, has praised Abigail Omonu’s ingenuity and expertise in her Igala gospel music describing her as a pride to the Igalak kingdom and Nigeria at large.

Onoja while  celebrating with the Igala gospel music minister, Abigail Omonu who was recently signed as its ambassador on the occasion of her birthday, urged her to sustain her success story in the gospel music business.

He said the renowned songwriter, producer and singer, Abigail Omonu has been a source of blessings to millions of Nigerians for the past twenty four years since she started her public music ministry in Igala land.

Gabriel said, “On your birthday, I am joining family, friends and fans all over the world to celebrate with you, an iconic performer, for using your voice in spreading the gospel for more than twenty four years of the total life you have lived on earth.

According to the statement which reads in part, “ I am using this auspicious occasion in extolling you for your dedication to soul winning, preaching of the gospel of Jesus Christ, mending broken marriages through your music and counseling younger Christians, which has transformed many lives, and left an indelible mark on them, including myself.”

Describing the “Agaba Idu” music croner as a phenomenal singer with spiritual tact, Gabriel acknowledged her contributions to his own spiritual and moral development since he met her, her support as ambassador to Enemona Foundation and the motherly roles she has played in his life, especially in time of anxiety.

Onoja said he shared the joy of another age with the singer, her husband, fans, other family members and friends, while acknowledging the inspiring influence of her many songs which are practically like national anthem among churches and even Muslim communities across Nigeria.

In another development, Executive Director of Enemona Foundation, Mr. Williams Illah also affirmed that Abigail, “the multi-talented artiste” holds a special place in Nigeria’s music history, starting out with the “Agaba Album” which contains songs that have remained evergreen in Nigerian homes and churches.

Mr. Illah congratulates Abigail whose songs on marriage and family life has he said has remained philosophical and touch on love, kindness, loyalty, unity, peace and togetherness in family and marriage life.

The Executive Director lauded the singer staying power on the stage, with such poetic and soulful inspirational tracks in over twenty albums that have attracted many view and reviews on apps and tubes, engaging the social media for long period.

The Foundation’s president Williams Illah  prayed that the music maestro will continue to enjoy good health and more inspirations for sonorous tunes in the years ahead even as she turns twenty five years on stage in September.