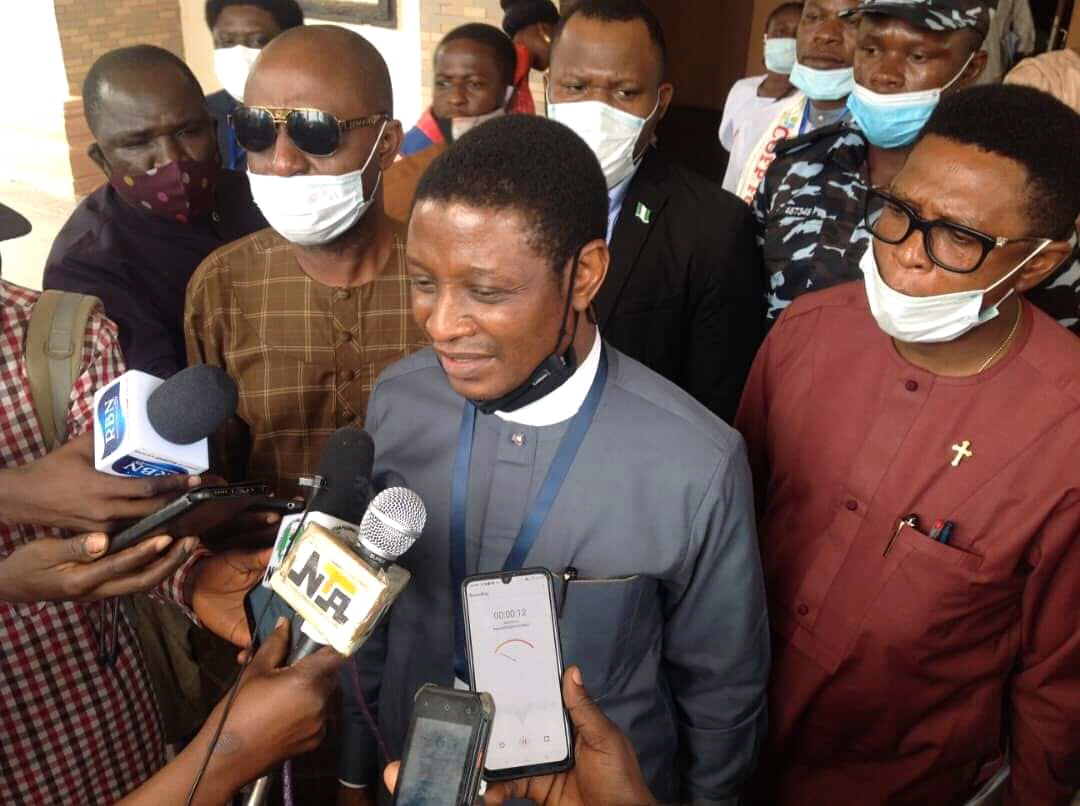 THE Executive Secretary, Nigeria Christian Pilgrim Commission, NCPC, Rev Dr. Yakubu Pam has said Plateau State needs help to cushion the effect of the prolonged crises that had ravaged the state since 2001.

Rev Pam said this while delivering a keynote address at the maiden Kamkur Samuel Foundation, KSF, Plateau Peace Conference which held Tuesday was at the SARAU Event Centre in Jos.

Plateau, he said, has witnessed a lot of crises that has left thousands of Internally Displaced Persons without food, clothings or shelter scattered in different IDPs camps in the state.

The NCPC boss said the events of the recent past where many people were killed in different crises spots between July and August this year took place while he was performing the 2020 pilgrimage in Jordan.

He said many people believed the crisis that broke up in Jos in 2001 would have ended in two to three days but it has prolonged to over 20 years, a situation he said was regretable.

He said for the crises to end all Plateau elites must come together to speak with one voice and shun violent acts that usually ended up in ethnic motivated speeches and sentiments.

Speaking on the topic “Peaceful Coexistence” he said there are many crises that exist in the world but “the duration of time for our conflicts has been over 20 years almost compared to that of Afganistan, Israel and Gaza which he said had dragged for a longer time”.

“Over 60 percent of leaders are responsible for the deep problems we have in prolonging the Jos crises. We must avoid sentiments and speak with one voice.

“Leaders must speak for all and not for one side alone. To end the crises, we must learn some lessons from the Kingdom of Jordan.

“Jordan has 10 per cent Christians but they live in complete harmony with their bigger Muslim population. You can’t differentiate who’s a Muslim or Christian even in their government set up.

“We must see humanity in people. We must stop retaliation and encourage our youths to be engaged in meaningful ventures.

He said here in our country we look at each other suspiciously because we don’t trust one another.

According to the NCPC boss, “if we use violence in solving our problems the problems will continue to move on”.

He said the killings and slaugtering of little kids is so disgusting as they are human beings.

According to Rev Pam the road map to achieving peace in Plateau state is we must run away from revenge.

He decried the way and manner killings has been assumed as normal where a whole household can be wiped out.

REV Pam disclosed this when he paid separate condolence visits to the Paramount Rulers of Irigwe and Anaguta Chiefdoms in Bassa and Jos North Local Government Areas of the state on Wednesday,

According to Rev Pam, the killings that took place in Jebu Miango where the entire village was ransacked and thousands of inhabitants of the area displaced from their ancestral homes was painful and disheartening.

At the Palace of the Bra Ngwe, Rev Ronku Aka, Rev Pam said “I am not happy coming here today for the second time over severe attack on our people.

“This second one was more devastating”. He said.

He said after the first attack at Maiyanga, he sponsored a peace meeting at the Police Officers’ Mess where aggrieved parties expressed reservations regarding each other.

He described the Royal father as a peacebuilder who is facing trials at such a time.

Nigeria he said is in a perilous time and said he’s very sad within him seeing the kind of carnage persisting in the state and said he was sure the people directly affected were feeling much more than himself as almost all of them have been rendered homeless!

Rev Pam while assuring the Monarch of support said he was not alone in this pain but was already mobilizing all federal appointees from the state to intervene pledging to meet with the President and present him with facts and the right perspective of the crimes being perpetrated in the state.

He called on border communities and Traditional Rulers to work and team up together to share intelligence to arrest this ugly situation.

At the Palace of the Ujah Anaguta, the Executive Secretary congratulated the Monarch on his recent ascension as a First Class Traditional Ruler following the death of his father.

He said he was here to commiserate with him over the massacre of his subjects describing the “act as evil and barbaric”.

Rev Pam said the gruesome murder of women, children, and the aged by these heartless people is saddened and said he was here to identify with them over these losses.

He praised the role of the monarch for his swift intervention and said he performed very well in showing good leadership. Said he will do everything possible to bring about the healing process and condemned this in toto and said it’s unacceptable.

Pam urged Plateau people to unite and fight these evil people as it is only through our unity that will bring about good security and stop the imagination of the evildoers and bring to naught their strategies.

The NCPC boss lamented the lack of unity and sharing of security information by traditional rulers who he said must develop the habit of sharing security intelligence to tame this tight.

He lamented the lack of unity amongst the Traditional Rulers is helping the enemies to have their way.

In their separate responses Bra Ngwe Rigwe, Rev Ronku Aka said he was happy receiving the ES in his palace.

He said over a thousand lives had been lost since 2001, over in his chiefdom lamenting the attack in Jebu Miango, where the entire village was destroyed and residents deserted the area.

On his part, the Ujah Anaguta, Pozoh Johnson Joro Magaji said they’re devastated with the magnitude of the attack saying it was a trying moment for them as a people.