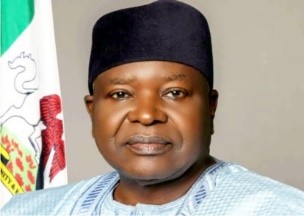 Plateau State Deputy Governor, Professor Sonni Tyoden has urged civil servants in the state to always prepare for their retirement while in active service.

Tyoden gave the charge at the farewell ceremony in honor of the outgone Permanent Secretary, Office of the Deputy Governor, Mr Emmanuel Gogwim Kayi and the Director of Finance and Supply, Dr Mathew Dabut Nanjwan, Friday at the Government House, Rayfield, Jos.

Retirement according to the Deputy Governor should be seen as a transition to another phase in life after years of service. He noted that it was only those who did not plan for it that have cause to fear.

Tyoden further reminded them that there was time for everything. The day they joined the civil service, they knew that one day they would leave. And advised them to start thinking of something to do no matter how small it was.

He said working with the two principal officers was quite remarkable as he enjoyed working with them and urged them to see their successful exit as a great privilege as some who started the same day were no more. He wished them the best of retirement from the civil service.

Chief of Staff, Office of the Deputy Governor, Silas Vem and Senior Special Assistant, Mr Nuhu Dagan commended the outgone Permanent Secretary and the Director of Finance and Supply for their hard work.

They both advised them not be idle but keep themselves busy noting that the occasion was a moment to appreciate the services rendered to the office and to also thank God for a successful end of their career.

While describing the working relationship as cordial, they advised them to sustain it, noting that their exit should not be the end of everything.

They called on government to always give priority to the welfare of civil servants in the state to enable them prepare for their retirement.

Responding separately, the outgone Permanent Secretary, Emmanuel Kayi Gogwim who was overwhelmed for the show of love, said for the past seven years of his service have been worthwhile.

He considered it a privilege working with the Deputy Governor as his teacher in the University 30 years ago. He used the occasion to thank him and the family for their support as well as the Deputy Chief of Staff, Silas Vem and other Directors he has worked with. Gogwim pleaded for forgiveness in case he stepped on somebody’s toes in the course of performing his work.

On his part, the Dorector of Finance and Supply, Dr Mathew Dabut Nanjwan expressed gratitude to the Deputy Governor and staff for the support given them to succeed.

He described their service as unto God and humanity, pleading for mercy if they have offended anyone in the course of doing their work.