Parents are to be blamed for children’s

So that Zungum will benefit…

Attracting more visitors than users to the museum

Why some marriages are not working

The challenge of covid-19 in delivering museum services

Relieving the plight of  IDPs in Nigeria

NEITI: Why it needs legal backing

Religious extremism and the Nigerian state

Campus girls and styles of fashion

“My husband is sexually inactive”

Lethal driving in Jos should stop

Gloria at 50: Service to humanity a lifestyle 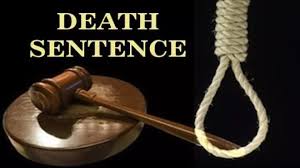 Nigeria is a nation full of many stories. I am sure that students of history will lack areas of concentration if they were to prepare and write an examination on the so many unprecedented albeit ugly developments in this most populous black country in Africa.  writes BONIFACE GWOTBIT.

If they were taught yesterday about the emergence of tribalism and nepotism in the Nigerian political history, today, they are being overwhelmed with the emergence of another variant and wave of historical development that needs urgent documentation called “Politics of Boko Haram”, rampaging the nation and rocking it to its very foundation.

I am sure too that by tomorrow, the same students would have realized that their documentation over time was also devoid of an aspect of the history called “Kidnapping for Ransom”, that appears albeit unfortunately, the most lucrative business for some Nigerians but the most dreaded security challenge dragging the nation to its foundation.

When we were growing up in those days, criminality was certainly not of this magnitude being experienced today. Government was also always prompt with the political will to nib in the bud every rising wave of crime. There were no unknown gunmen and faceless people that would cause mayhem to a whole community and disappear without being identified or caught.

Leaders of those days were committed to the core and defended and protected the lives of those they led without discrimination. The people trusted them and this conviction was premised on the fact that once government developed the political will, the might will follow and all that the citizens needed to do was to assist the security agents with the needed information  the cause of their intelligence gathering and networking. They were very patriotic, pragmatic and willing to lay down their lives for their country.

Today, we can say with precision where we have all gotten it wrong. From the rise of nepotism at the infancy stage of our nationhood  to religious fanatism and greed, all of these have connived to set our country ablaze by wrecking the current multiple security viruses on us. Our problems are therefore not only manmade but self-inflicted.

Among countless security challenges bedeviling this country, kidnapping has become the most dreaded security virus that appears to be defying all known solutions to government. Most Nigerians today live in fear even while lying on their family beds. The most worrisome aspect is that when these attacks are carried out, the attackers would be described by the authorities as unknown gunmen and these faceless people are either amongst us or even sponsored by those who benefit from the booties.

Most Nigerians believe that it is either the Nigerian government does not have the political will to confront head-on those perpetrating and promoting these heinous crimes, or have run short of ideas on how to confront them. Or to say the least, are interested parties in unleashing the mayhem on the same people that elected them to power, to achieve some hidden religious and political motives.

History is not likely to forgive those who are holding this nation to ransom directly or indirectly. A time comes in history when indecision on the part of those in authority is interpreted as complacency. The sad commentary is that no day passes by without one sad development or the other taking place here and there in our land. Human lives are taken away at the will and caprices of these monsters.

However, the political will that has been developed and put in place by the captain of the Rescue Administration in Plateau State to bring an end to the activities of kidnappers in the state is one that calls for serious commendation. The government came up with this stiff penalty after developing the political will and putting the enabling law in place through the State House of Assembly.

This therefore means that a wholistic approach must be in place to achieve the objectives of this law. Apart from the security agents whose primary responsibility it is to fish out these criminals amongst us, the communities and individuals must take responsibilities of their security by always identifying the bad eggs among them and hand same over to the relevant enforcement agents.

Nigeria has become a frightful and unsafe place to live. Despite the fame and name our security men and women have made in the international field during peace keeping missions abroad, such expertise seems to be always compromised on the platter of frivolous considerations when it comes to the issue of sustaining our internal security. The present worsening situation is certainly not beyond them to handle. They have the competence and the know-how in accordance with international best practices. Far from blaming the security agents, government must also do the needful to equip them and boost their moral to face the challenges with a patriotic zeal.

Kidnapping of human beings for the payment of any form of ransom before their release is not only a strange development but a taboo to our cultural beliefs and practices in this part of the world. As if this is not enough evil in itself, some of those kidnapped are often killed even after the payment of the requested ransom. A victim’s situation even becomes worst when he/she happens to recognize any of the captors. We cannot as a people continue to tolerate this type of moral and criminal decadence of this nature where human life is no longer valued as sacred.

Here on the Plateau, the activities of land grappers have been one of the major causes of our internal security challenges. No civilization around the world would fold its arms and sacrifice their ancestral abode to any night marauders who cannot trace their root but move around looking for a place to stay and claim as their own.

One recalls with nostalgia that when these challenges where taking place on the Plateau, some commentators painted a gloomy picture of the people of the state as not being hospitable and receptive to visitors around them. However, this wild goose has spread its tentacles to other parts of the country, leaving in its wake, devastating consequences wherever it strikes. The eyes of Nigerians are now opened to the reality that the perpetrators do not mean well for our country. Uncertainty seems to be looming in the air and many have been intimidated out of their own land.

As if these were not enough, cultism, a new wave of security virus is also rampaging our country like a colossus. What we used to hear as being practiced on the campuses of our citadels of learning, have today penetrated our streets and residential areas. The brutality they exhibit while in conflict with other rival groups is not only scary but have wasted the lives of some of the vibrant and promising youth around us. This therefore means that any action to be taken by government to curtail these nefarious acts must not only be commended but supported by all to free our society of this menace.

While some blame the restive nature of our young people on the failure of government over the years to meet their yearnings, it is equally unacceptable to think that the solution lies in the transfer of aggression on everyone around them or the destruction of public utilities. Issues can be resolved better on a round table of dialogue and other better methods of conflict resolution. Some have argued that if a human person can be stolen like a goat and taken to a hidden place and a price be put on him in the form of a ransom before his release,  then the kidnappers who are caught committing these heinous crimes should pay the supreme price of dying for the evil they have committed.

If these punitive measures are not put in place, Nigeria will become a country where every Dick and Harry will come from even outside the country and render the lives of our people as useless. Death penalty is therefore not only an antidote to kidnapping but the right prescription for the treatment of kidnapping.