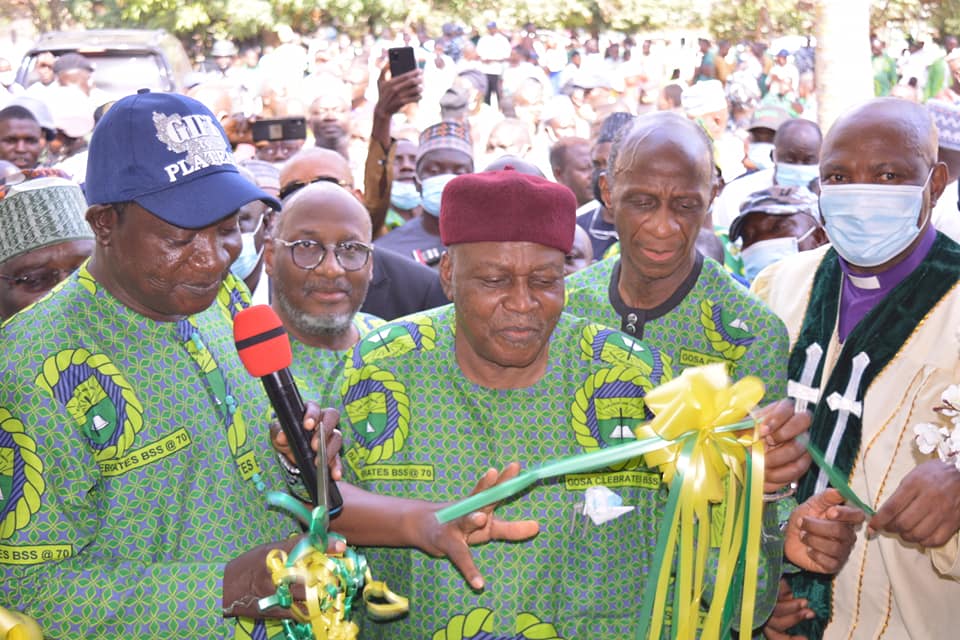 He gave the commendation Saturday at Boys Secondary School (BSS) Gindiri, Mangu Local Government, while commissioning some projects executed by GOSA to mark the 70th anniversary celebrations of the school.

He expressed joy to be back to Gindiri for another moment with (GOSA) to honour their alma mater the Boys Secondary School and Girls High School Gindiri which forms GOSA.

“GOSA has a very historic record of achievements having produced thousands of graduands that have gone up to make tremendous impact in various fields of our lives”, he said.

He appreciated the Missionaries and Church of Christ in Nations who had the foresight to establish the schools leaving behind a worthy legacy that has remained an incubator of great minds.

He praised GOSA for working to improve the standard of the schools and making learning and teaching easier for younger ones.

While congratulating GOSA for earlier commissioning its National Secretariat in Dogon Karfe Jos, the Governor commissioned new laboratories for science subjects, a remodeled dining hall, and a reconstructed assembly hall which were all initiated and carried out with funds donated by members of GOSA.

He also said such gesture is a demonstration of their commitment to give back to their alma mater adding “All of you who are involved in shaping society at various levels.

GOSA products have made huge contributions and sacrifices to the development of Plateau State, Nigeria and the world at large over the years”.

Lalong said since he came into office, he has been surrounded by GOSA products either as political office holders or technocrats in the civil service, right from his Deputy Governor Prof. Sonni Gwanle Tyoden, adding that the spirit of GOSA has remained very strong within the Rescue Administration.

He assured that his administration will continue to give all the necessary support to old student associations in the state such as GOSA, to enable them contribute their quota to the development of not only their schools, but education in Plateau state.