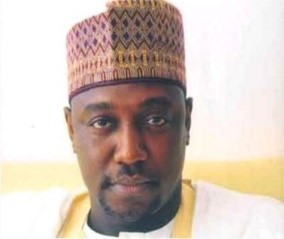 As measures to ensure best practices in the health sector, Governor Abubakar Sani Bello has directed for the immediate establishment of the Niger State Private Health Regulation Agency.

Governor Sani Bello gave the directive when he received the report of the committee on the increased death cases in private hospitals at the Government House, Minna.

The Governor said that most private clinics were not up to standard to be in operation, as such their activities need to be regulated by the agency.

“I will saddle this committee to work with the SSG’s office and the Ministry of Health to come up with terms of reference and responsibilities of the agency, including giving permits for private clinics to be established after meeting the minimum requirements”, he said.

He said that window that allows for medical doctors to practice both at private and public hospitals have affected the performance and efficiency of government hospitals.

The governor added that when established, the agency will go around all private clinics in the state and register the ones that meet the minimum requirements as there were many mushroom clinics across the state whose activities lead to complications and deaths of patients.

According to him, it was unethical for doctors in the public sector to divert patients to their private clinics for monetary gains or move equipment from government hospitals to their private-owned clinics. And said that violators of the regulations should not be spared.

“There should be a maximum penalty for abusers. I am saying maximum because it has to do with people’s lives”, he said.

In the meantime, he said that the SSG will soon announce the white-paper committee.

Chairman of the committee, Dr. Haruna Aliyu said that the committee diligently carried out its assignment since it was set up in April 2020.

Dr Aliyu said that after its findings, the committee gave some t for violators, and adherence to structural standards by private clinics, enforcement of the professional code of ethics and effective monitoring by relevant organisations and government agencies.

recommendations including; strict compliance with registration requirements and scope of service, punishment for violators, and adherence to structural standards by private clinics, enforcement of the professional code of ethics and effective monitoring by relevant organisations and government agencies.

He said the committee also recommended that government should provide subsidy for some of the needs of the private hospitals.

“In order to minimize avoidable death and permanent disability in the private health establishment, the government should establish an agency to be saddled with the responsibility of registration, licence, inspection, supervision and monitoring of private health facilities”, he said.