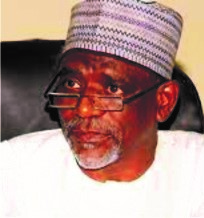 Tertiary Institutions in Nigeria have been tasked to re-design their curricular to have a high content of skills acquisition and make it compulsory for all its student instead of certification with a view to produce students that would be self-reliant or self-employed on graduation.

The District Head of Anjida in Akwange Local Government Area of Nasarawa State, Mr. Benjamin S Waziri made the case while speaking with newsmen after holding a security meeting held in the area which also discussed other developmental challenges facing the area in recent times.

He observed that the production of grandauntes with skills acquisition on their hands would among other things reduce the scramble for government employments, enhance their socio-economic fortunes since they already have the means of becoming self-reliant and self-employed as well as reduce the current security challenges bedeviling the country.

“Infect, graduates with skills on their hands are adequately prepared to take up jobs as such various tertiary institutions in the country should immediately key into it. This is in view to salvage the country’s youth from their present state of joblessness and socio-economic doldrums” he applied.

The traditional ruler who expressed his concern over the rate of unemployment youths in the country attributed such negative trend to their lack of skills to make them not only self-employed but rather the employers of labour or job creators.

He contended that since the only viable remedy to such situation is the acquisition of skills by the youths, efforts must be directed towards such as giving emphasis on that area would not only make the youths useful and productive but would keep them away from all other forms of vices or indulging in crimes.

“Curricular of our tertiary institutions must be re-designed in such a way that the students must undergo a compulsory skill acquisition programmes so as to become self-reliant on graduation” he emphasized.

The Royal Father who also identified unemployment as one of the root causes of insecurity and social vices, lamented that many graduates with the absence of skills have taken the advantage of their jobless situations that is quite frustrating to indulge in various forms of crimes a situation that is very unfortunate and could only be remedied through skills acquisition.

He further stated that since gone were the days when the government can provide jobs for all its citizen and such is not even obtained in all parts of the world, the best solution to the current state of unemployment in the country is skills acquisition to make youth relevant and major contributors to the country’s socio-economic wellbeing.

Speaking about the forthcoming general elections in the country, the traditional ruler tasked the people of Akwanga Local Government Area to endeavor to obtain their Permanent Voters Cards (PVCs) before the closing date by the Independent National Electoral Commission (INEC) so as to vote for the candidates of their choice during the elections.

‘Declaring state of emergency on education is useless’