Ortom laments over accusation levelled against him

I can’t leave my home for the bush - Gobir 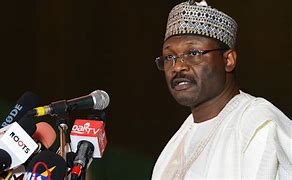 The Independent National Electoral Commission (INEC) has assured Nigerians that the 2023 general elections will be a watershed.
Director of Voter Education and Publicity, INEC Headquarters Mr. Victor Aluko gave the assurance recently at a two-day Capacity Building workshop for Journalists and Civil Society Organisations (CSOs) from the North-Central States of Plateau, Nasarawa, Benue, Niger, Kogi, Kwara, and the FCT held at Grand Cubana Hotel, Abuja.
According to him, the commission will deliver free, fair, and credible elections to Nigerians and make the one-man-one-vote policy a reality.
He also maintained that the commission will make the voters register available to political parties.
At the capacity building workshop with the Theme; “Conflict-Sensitive Reporting, 2023 General Election and Countering Fake News, Mr. Aluko described as fake news rumors that the Commission is planning not to use the Bimodal Voter Accreditation System (BVAS) during the 2023 elections.

He reiterated the Commission’s assurance to the Nigerian electorate that results would be transmitted from the Polling Units electronically to the INEC result viewpoint on election day.

“INEC will use BVAS in all the polling units across the country as their engineers are configuring the BVAS and will transmit election results electronically to INEC result viewpoint on time on election day.
The VEP Director emphasized, “that is what we are committed to giving Nigerians, these are innovations to ensure that the election is not only transparent but clean and credible so that whosoever wins elections, he will know he won clean and clear”.

He noted that INEC is training its over 160,000 staff all over the country because the laws have changed, saying it is also important that Journalists all over know the details of the 2022 electoral act as well as the details of the New technology deployed so that they can inform the people.

The NUJ National President Chief Chris Isiguzo in his Keynote Presentation, “Role of Media in the Conduct of Peaceful Elections” said it is very necessary for Journalists should take the issue of peace as a cardinal point and take into consideration the need to be careful so that areas that are already fragile do not explode or implode.

According to him, peace is an essential requirement in any democracy, adding that, no democracy can flourish in the absence of peace.

He said, “While we concede that it is inevitable to eliminate crises and conflicts from our society, it is important if deliberate efforts are made towards conflict resolution and peacebuilding.

“As Journalists, we are expected to develop a thorough understanding of elections and the electoral process, an understanding of conflicts, and convey these to citizens in a way that reflects the truth in all their complexities,” he maintained.

The NUJ president also said, media professionals should brace up for the challenges ahead, especially since they are expected to participate in the process of social reconstruction and democratization by providing a positive and participatory forum for the exchange of ideas, democracy and nation-building.
He warned that, while discharging their duties Journalists should never attempt to deviate from the ethics of the profession because it will not auger well for the nation.

“The role of the media in peace promotion or conflict escalation has been heightened by several factors which include ownership and funding, editorial policy, and the regulatory agencies, therefore it is proper to suggest peace journalism as an instrument in promoting peace and reducing the dysfunctional conflict to the barest minimum.

Grant and Partnership Manager of Centre for Democracy and Development Mr. Damian Ihekokonye on his part said the training is to equip Journalists and the CSOs with the knowledge on how to identify and counter fake news that may affect the 2023 elections.

“Journalists need to be sensitive to the environment, Nigeria is already having different conflicts across the six Geo-Political Zones, so we are making sure Journalists are responsible in their reportage that will contribute to credible elections.

Da’a  congratulates Maiyaki on his conferment as SAN