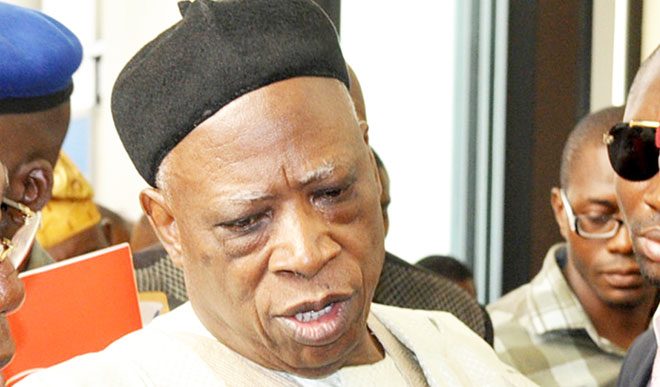 THE National Executive Committee (NEC) of the National Youth Council of Nigeria (NYCN) has promised to give necessary support to members willing to participate in politics.

The Chairman of the Kogi State Chapter of the council, Ambassador Usman Ogohi in a statement made available to Journalists in Lokoja on Monday, disclosed that the agreement was reached during an interfaced of NEC with Rivers State APC youth stakeholders and leadership

Amb. Usman Ogohi who appreciated the audience granted to his team and other stakeholders, affirmed  that youth remain the bedrock of political activities in any nation hence the need to support and encourage their effective participation in the game.

According to him, NYCN is a non-partisan group whose aim is geared towards  ensuring adequate and capable leadership across all sectors, especially as it relates to youth welfare and representation.

Amb. Ogohi then called for the unity of Nigerian youths to take over power in 2023, stressing that ” if we don’t support and stand for what we believe in, no one will do that for us and we would be doing ourselves a great disservice”.

The APC youth leader in River,  State, who is also an APC statutory delegate, Baridakara Gbarato  while speaking, commended the Youth Council Chairman in Rivers State for hosting the NEC meeting, noting that beyond individual and party interests, youths must strive to build good relationships.

Gbarato further advised youth on active political participation, adding that if politics is left in the hands of the elders, the youth constituency will continue to suffer misrepresentation and good governance.

While lauding the Kogi NYCN efforts shown towards GYB2PYB advocacy in the country, he stressed that at the right time, GYB profile will be accessed and the needful will be done accordingly.

Similarly,  the National Youth Council of Nigeria, under the leadership of its President, His Youthfulness Amb. Sukubo Saraigbe, in his chat with newsmen after the council’s annual National Executive Council meeting, disclosed that all youth council members are free to contest in any elective position of their choice.

According to him, there is a need for youth in the council to take advantage of the ‘Not Too Young To Run’ opportunity to encourage youth political participation.

He added that the council will give their full support to any members of there’s that want to contest, in the party.

The NYCN boss also reaffirmed the NEC recognition of Nassarawa NYCN Chairman as the state leader of the council and the Chairman of all Chairmen position he is currently occupying.